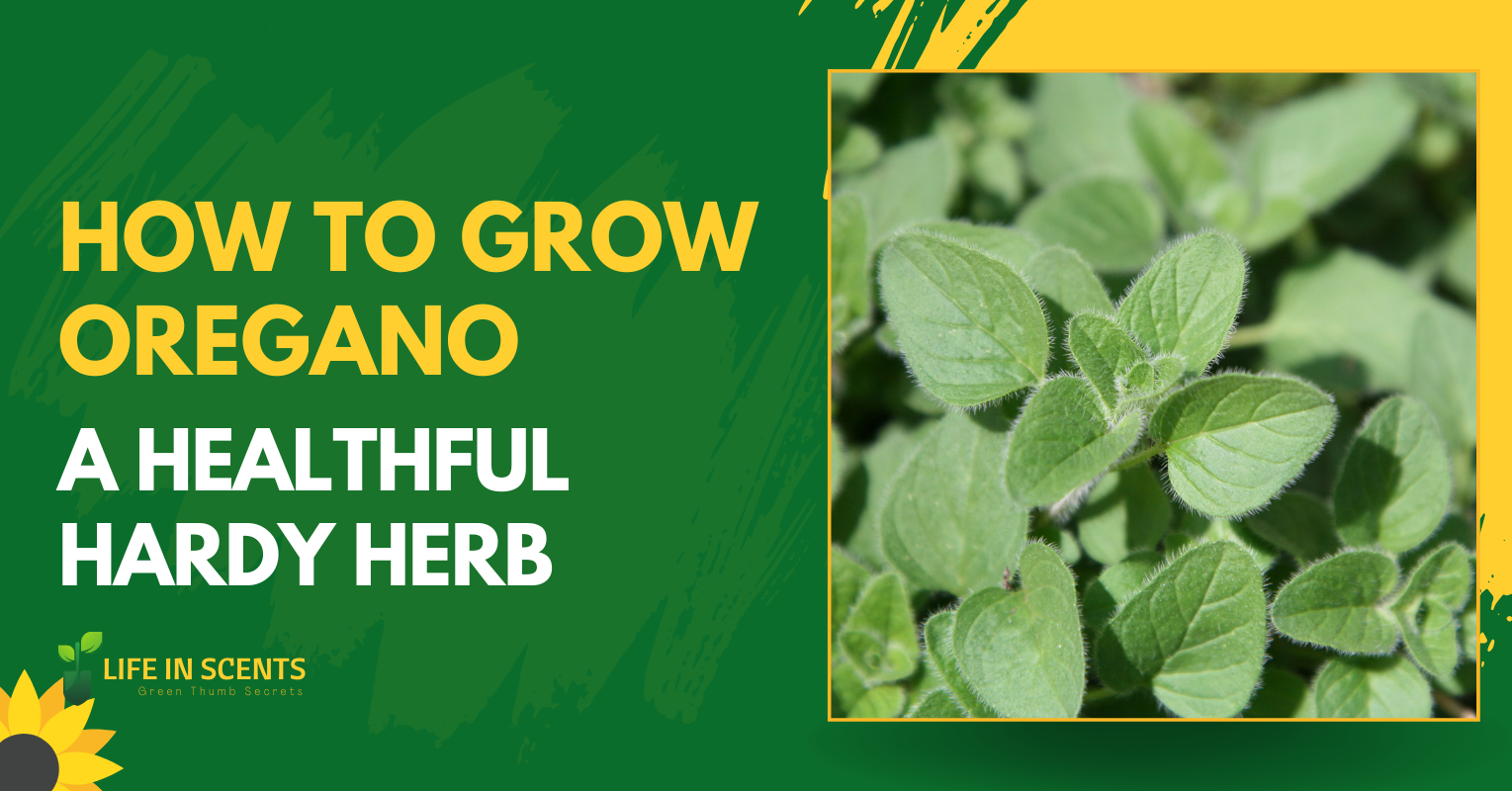 Oregano is one of those herbs that you might not think too much about, but it’s a valuable addition to your garden or kitchen. In this blog post, we will explore some of the health benefits of oregano and show you how to grow it successfully. Oregano grows best in areas that experience cold winters and hot summers, so if you live in an area where it doesn’t typically grow, don’t despair; there are ways to get around that. From boosting your immune system to treating asthma and other respiratory issues, oregano has a lot to offer. So whether you’re looking for a healthy salad herb or just want to add a little flavor to your cooking, oregano is a valuable plant to have in your garden or kitchen.

Oregano has a long and storied history. The plant is thought to originate from the Mediterranean region, where it was used for both culinary and medicinal purposes. Oregano was even mentioned in ancient texts such as the Bible. In medieval Europe, oregano was used as a spice to flavor food. In America, oregano gained popularity during the colonial period as a seasoning for meat dishes.

Today, oregano is used domestically and internationally for its health benefits. Oregano is a true herbaceous perennial that can be grown in many climates. It prefers well-drained soil and partial sun exposure. When planting oregano, be sure to space plants approximately 18 inches apart so they have room to grow. As with most herbs, Oregano should be fertilized twice per year with a good quality fertilizer; water sparingly during dry months.

Oregano is a hardy herb that belongs to the mint family. It has dark green leaves and a robust stem. Oregano can be found in many grocery stores and can be used in both culinary and medicinal applications. Oregano is effective against a variety of ailments, including toothaches, bronchitis, and headaches.

Oregano is also known for its potent aroma and flavor. It can be used to add a distinctive taste to dishes or as a natural remedy for various health problems.

Oregano is a hardy herb that can be grown in most climates. It prefers full sun or part shade and well-drained soil. Oregano is a member of the mint family, and can be used to add flavor to dishes. Oregano is also an effective antibacterial agent and has been shown to help improve heart health. Growing oregano can provide you with fresh herbs for cooking, aromatherapy, and medicinal purposes.

How to grow Oregano indoors?

Oregano is a perennial herb that can be grown in most regions of the United States. It prefers partial shade or full sun, but can also tolerate some drought. Oregano does well in a pot or planting container with good drainage and moderate to high fertility. Because it is a hardy herb, oregano can grow in most soils, though it prefers those with some organic matter.

Begin by selecting a sunny spot for your oregano plant. If you have access to fresh oregano leaves, try growing them directly in the soil. Otherwise, start your oregano plants from seed indoors 6-8 weeks before the last frost date. As soon as the soil has thawed and is warm enough, plant the seeds about 2 inches apart in a lightly moistened soil mixture. Thin seedlings to 1/2 inch when they reach 8-10 inches tall.

Once your oregano plants are established, water them regularly and fertilize them monthly with a balanced fertilizer (20-20-20 is recommended). Harvest Oregano leaves throughout the season by cutting off the top of the stem just above where new growth begins; young leaves will continue to grow back for several more weeks.

Oregano (Origanum vulgare) is a hardy perennial herb that can be grown outdoors in most climates. Oregano grows best in full sun, but will tolerate some light shade. It prefers well-drained soil and can be planted either as an annual or a biennial.

Oregano is easy to grow, requiring little maintenance once it is established. Harvesting oregano should be done when the plants are about 12 inches tall and the leaves have a strong flavor. The herb can be dried for later use or used fresh in recipes.

What are some benefits of growing Oregano?

Oregano is a member of the mint family and can be found growing in moist areas near water sources. Oregano has been traditionally used for its medicinal properties and is known to help treat respiratory issues, headaches, and even stress. Some benefits of growing oregano include:
The herb has antibacterial properties and can be used to treat skin conditions such as acne.

Growing oregano also has nutritional benefits. The herb contains high levels of vitamin A, potassium, and magnesium, which are all essential for healthy blood pressure levels, muscles function, nerve health, and more.

What are the growing seasons for oregano?

Oregano is a hardy perennial herb that can be grown in many climates. The optimum growing season for oregano is from early summer to late fall, but it can also be grown during the winter months in mild climates.

Oregano does not tolerate cold temperatures well and should be grown in a location that receives at least 6 hours of sunlight per day. To grow oregano, choose a sunny spot with well-drained soil and add compost or manure to the soil before planting.

Oregano prefers full sun, but can tolerate partial shade. water regularly during the growing season, but do not allow the plants to become waterlogged. Harvest oregano leaves sporadically throughout the summer and fall; try to avoid picking all of the leaves simultaneously as this will result in decreased production.

Oregano is a hardy herb that can be planted in a variety of locations. It is best to plant oregano in full sun, but it can also tolerate partial shade. Oregano grows well in many types of soil, but prefer moist soils. Oregano does not like to grow in temps below 40 degrees Fahrenheit.

Oregano is a versatile herb that can be used in a variety of dishes. Here we will discuss how to grow oregano, provide tips for harvesting and drying the herb, and give some recipes that include oregano. Growing your own oregano will allow you to control the ingredients, quality, and preparation of the herb. Oregano has many health benefits including reducing inflammation, improving heart health, and aiding in digestion. If you would like to learn more about this healthful herb, read on! 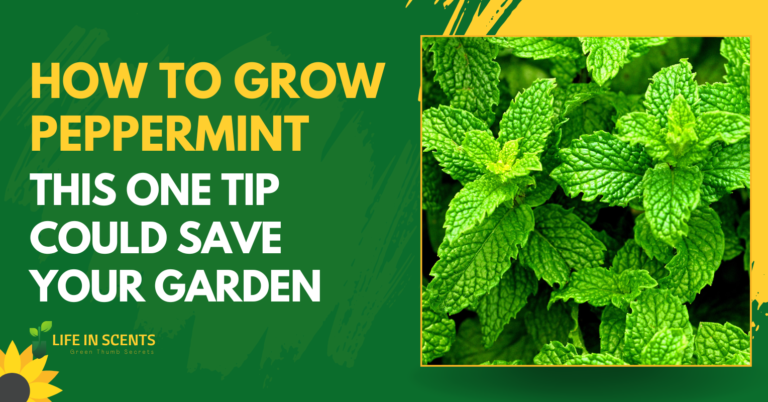 No matter what type of garden you have, you can always benefit from growing peppermint. Not only is this herb beneficial for your garden in general, but it can also help keep pests away and provide a fresh taste to your plants.  And if you’re looking to increase production in your garden, one easy way… Rice is a staple food for many people around the world. It’s easily recognizable, and it’s often easy to find in grocery stores. But what many people don’t know is that rice is actually a grass. And like most grasses, it needs water to grow. In this blog post, we will explore how to grow… 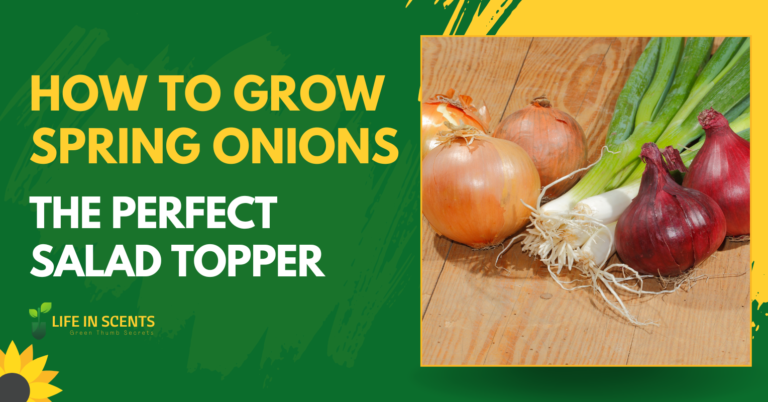 One of the best things about spring is all the new vegetables and fruits that come into season. One of the vegetables that’s perfect to add to your diet during this time is spring onions.  In this blog post, we will teach you how to grow spring onions so you can enjoy them as a… 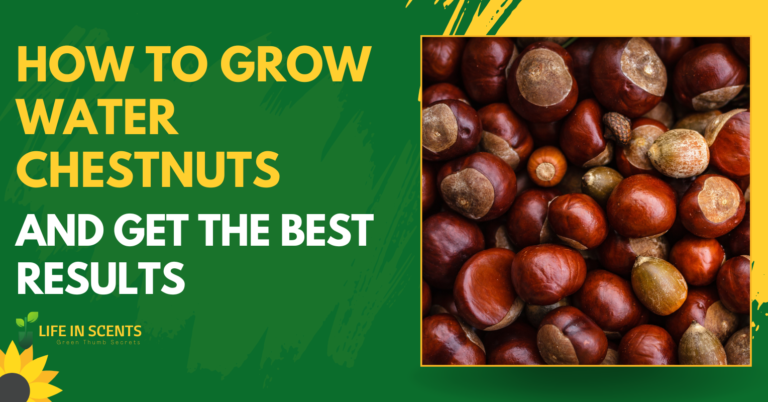 Water chestnuts are a common sight in many Asian cookery dishes, but what you may not know is that these delicious treats can also be grown indoors.  In this blog post, we’re going to show you how to grow water chestnuts and get the best results! We’ll discuss the different types of water chestnuts, as… 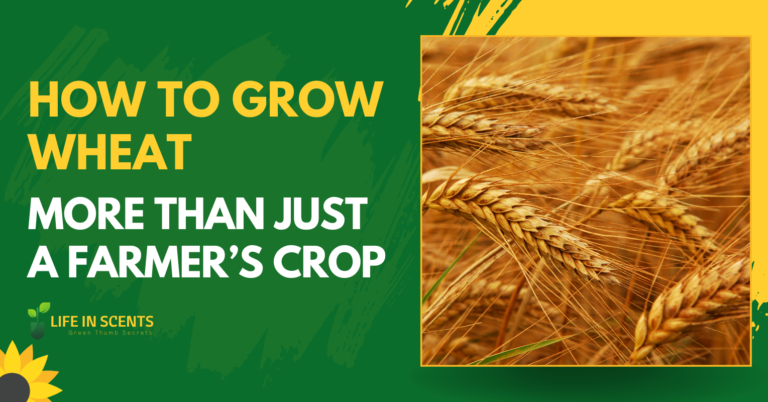 Wheat is an important crop for many reasons. Not only does it provide us with bread and pasta, but it is also used to make alcoholic beverages, such as vodka and bourbon. Additionally, wheat is a key ingredient in many processed foods. Wheat has been around for centuries, and the process of growing it has… 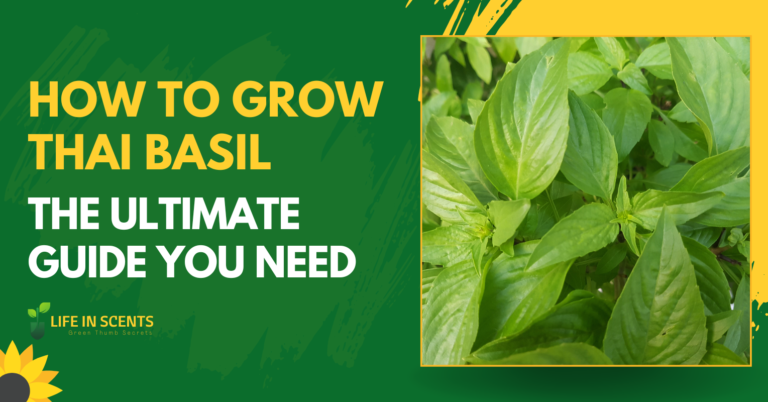 Introduction Thai basil (Ocimum basilicum) is a delicious herb that has been used for centuries in Asia for its medicinal properties. It is now becoming popular in the Western world as well, thanks to its unique flavor and subtle aroma. If you want to grow Thai basil, this guide is for you. In it, we…